From Worn to Welcoming: Bathroom Remodel

When the Bryden’s renovated their house ten years ago to create a bigger kitchen and remodel their bedroom and master bath, there was still a couple things missing: there were two small bathrooms that needed some love. “They were still stuck in the 70s, both worn, dated and ugly,” says Pam Bryden.

The main floor bathroom was used every day by the Brydens and guests, and it was not a welcoming space — it had cheap vinyl floors, plastic bathtub and shower, dated cabinetry, sink and lighting.  While the upstairs bathroom had a cracked tub, leaky faucet and damaged ceiling.  Something had to change to putting the finishing touches on their renovation.

After hearing about Skapar from neighbors, the Brydens quickly hired Nate and his team. “We liked the fact that Nate offered design suggestions along with the construction expertise,” Pam says. The main floor bathroom was transformed with a 1920’s style with a stunning custom vanity and period tile and fixtures. The tub was removed and a walk-in shower was installed in its place. Their upstairs bathroom received an industrial style with a custom vanity and white subway tile. It’s functional and easy to clean — perfect for their son who uses it the most. 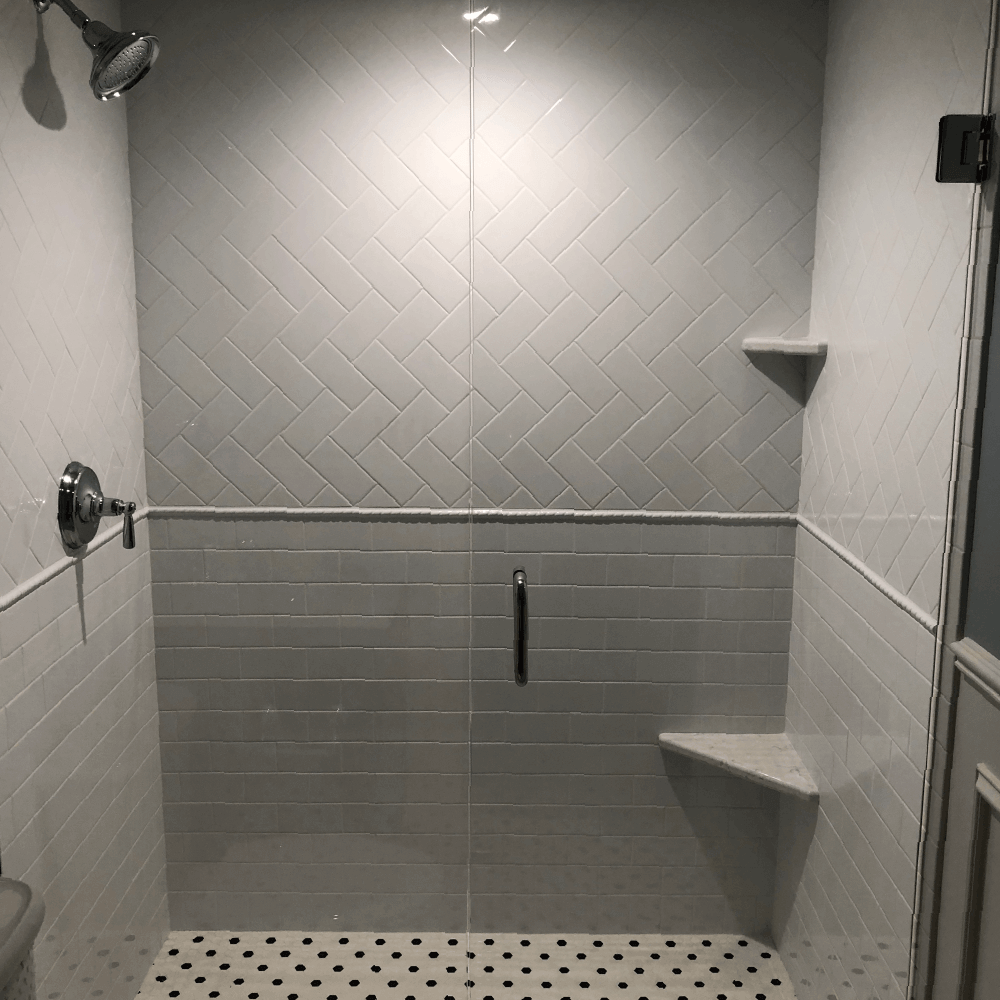 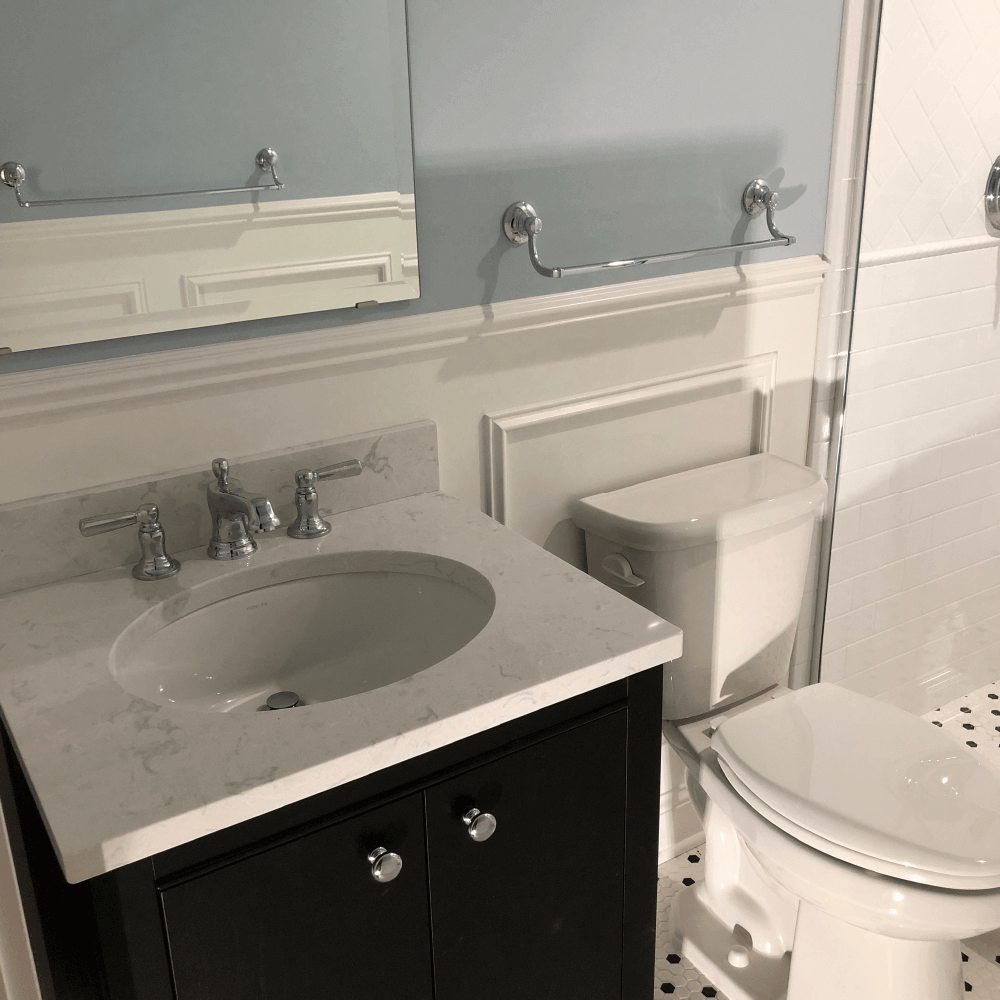 We are no longer embarrassed by our bathrooms! The spaces are beautiful and functional. Skapar helped throughout the whole process with design, picking materials, and bring our dream space to reality.  The craftmanship of the work was excellent and they are genuinely nice people to work with. 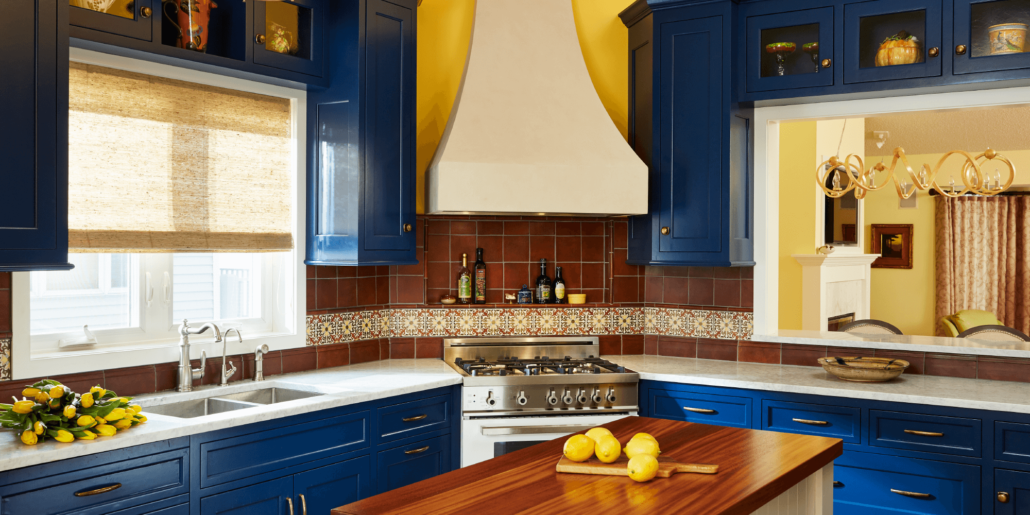 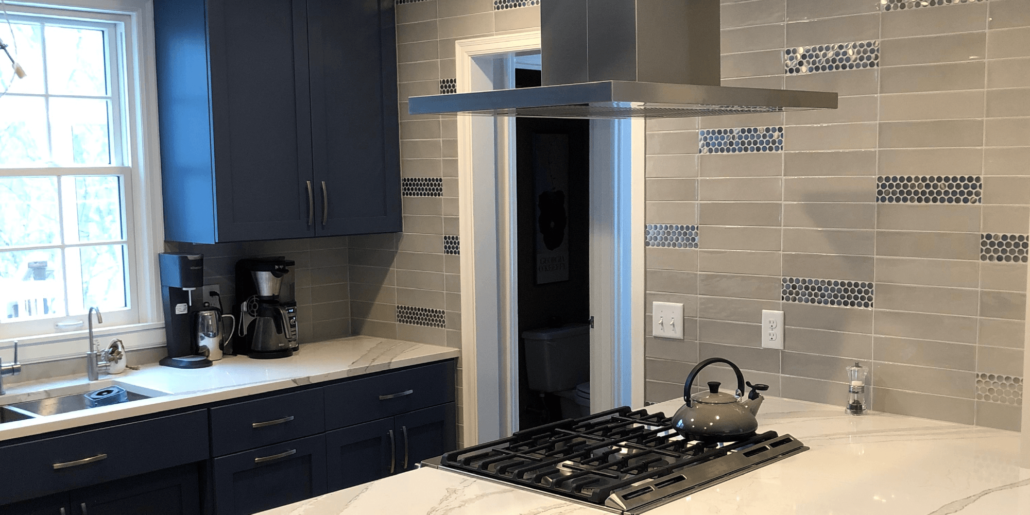